The two halves (hemispheres) of your brain have separate but complementary functions.

In the case of narrative integration, these two ways of experiencing and giving attention are integrated with each other. This allows you to give your life meaning in a deeper way.

Regressive behaviour is often triggered by a sensory stimulus that is neutral in itself, such as an image, a word, a sound or a smell. The emotional and behavioural response to this stimulus is of an intensity that you would not expect. If that is the case, we call such a stimulus a “trigger”. Triggers work unconsciously. In regression therapy, we investigate, together with our client, why this trigger is so loaded. Psychological research over the past decades has provided us with a great deal of new knowledge about how our memory works. An important concept in this context is implicit memory. The researchers speak of “implicit” because these memories are tacitly present. That is, you are not aware of it. You don’t know they are saved. No focus of attention is required to store these kinds of memories. This explains the often explosive and unexpected effect of triggers. In our approach to therapy we consider these implicit memory contents to be forms of involuntary trance, also known as natural trance.

Implicit memory and the brain 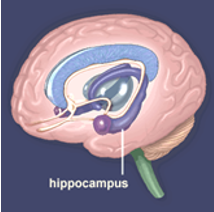 Implicit contents are stored in areas of the brain that generate emotions, such as the amygdala. This organ deep in our brain, in the so-called limbic system, is considered the centre of our emotional memory.

Because these memories are stored deep in the brain, you can regard implicit memory as non-verbal memory. Your implicit memory has been there from birth. Implicit memories contain the following elements: behavioural impulses, affective experiences and sensory impressions.

Explicit memory and the brain

Memories stored in the explicit memory are clearly present. You can let these memories (images, facts, feelings, body sensations, etc.) appear in your consciousness. This is therefore a thought or image from the past that you can consciously recall in your memory. In the case of explicit memory we make a distinction between so-called autobiographical 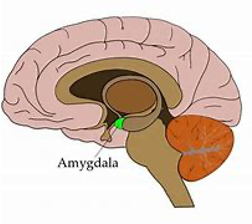 A memory only becomes explicit when you can remember an event as a fact. In addition, it is important that you also experience the event as a subjective personal experience. Unlike an implicit memory, an explicit one has a sense of self and time.

Do you have any questions or do you want more information? Contact us today!